Here are the winners of the "AR Toys Competition": Once upon an AR time…

Today’s the day!! After long discussions and considerations amongst the chosen jury, the two winners of our AR Toys Competition – initiated by Toywheel and Metaio – were finally picked. The competition consisted of two different challenges, with two different rewards.

The AR Toymaker Award asked for the best ideas and concepts for an Augmented Reality Toy, based on today´s already existing technology. The prizes for this category – a commercial license of a Metaio SDK or a Metaio Cloud subscription and free consulting considering game design and implementation – will enable the winner to implement the idea together with Toywheel and Metaio,bringing the concept to life. All submissions were assessed by their excitement value, the uniqueness of concept, user friendliness and their technical feasibility, setting the bar quite high for every participant.

Front and center in this category took Maria Neureither, a game design student, with her ‘myARtale’ concept; an augmented reality app for iOS and Android which enables kids aged six to twelve years to create their own storybook with AR fairytale objects. The scene can be arranged with up to five AR objects and can be captured via camera afterwards. You can unite the pictures to a storybook and add text blocks to tell your very own fairytale.
Her concept shows three different types of AR objects to create your very own storybook: characters, items and scenery sets. All 3D Models are generated via image-based tracking. The printable AR cards are to be offered online for free.
“The game encourages to be creative and artistic. Inventing a new fairytale and setting the stage can be a short or a time-consuming experience depending on the child’s interest and motivation.” says Maria.
The camera of your mobile device captures the AR cards, which will be translated to 3D models appearing live on the screen. Two cards laid on top of each other, enable characters to hold items or appear in different settings.They will also be able to change their facial appearance and posture to make the game experience even more creative and versatile. Children will also be able to choose different-sized and shaped text boxes to describe what happens in the scene with a few sentences.
Involving the existing environment to the game as background and scenery motivates to reinvent the setting by adding toys as further characters. An endless number of stories can be told using Maria’s ‘myARtale’, giving you and your child the possibility to rewrite common fairytales however you’d like to. 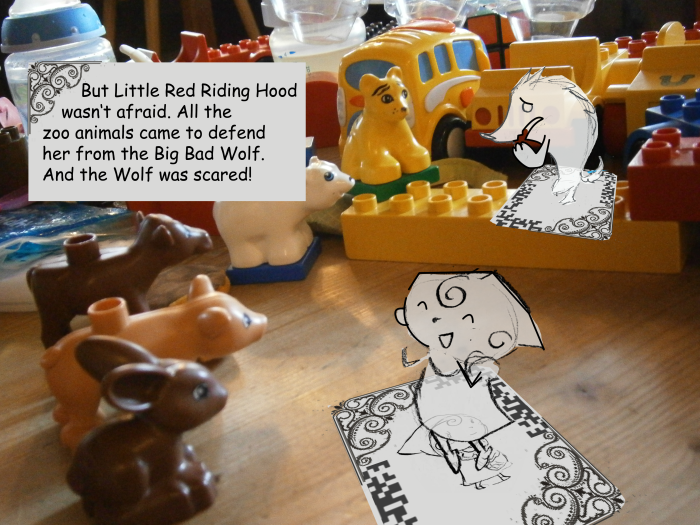 What a fascinating idea, huh?! The little characters are as cute as it gets and we are absolutely thrilled to announce Maria as the winner of the AR Toymaker Award. Her idea convinced us in every aspect of the chosen criteria.  So naturally, congratulations are in order!
We are very much looking forward to help you develop your idea further in the scope of the promised consulting days with Metaio and Toywheel. Great job!

The AR Junior Award was targeting ‘ideas by kids for kids’. Respectively, this category asked for submissions from children and youths and  questioned how kids want to play in the future (using AR). As such it was not necessary that the idea was fully realizable from a technical standpoint. Fantasy and creativity  were keywords! Once again, the most important criteria for assessment were the uniqueness of the idea and the excitement guarantee. 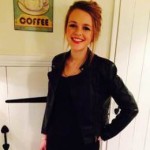 We are so very glad to announce young Millie Powell as the winner of our AR Junior Award! Among all the other fantastic submissions, her exceptional concept and idea of miniature characters, accompanying you in your everyday life thrilled the jury the most. Of course, these little figures can only be seen with the help of a little bit augmented magic.
Millie’s idea is as simple as it is genius: Create your very own imaginary friend with the help of modern day technology, namely AR. By being able to customize the miniature sized creature inside the tablet or smartphone at your heart’s desire, the child would already set the basis of a long-lasting, close relationship between it and themselves.
“While the character would have an element of freewill, the user would still be able to control it and interact with it. By tapping the screen, the character would move, for example climbing stairs or running along a bookshelf.”
By capturing the surrounding area with your device’s camera, your little friend could practically do anything. Sit on your nightstand to tell you good night, for example.
Millie also suggested to introduce additional markers for the character, enabling you to extend its animations and features. Such markers could be used in many ways. They could be printable or in the form of physical toys that can be purchased and lets your character interact with them on your smart device. You could add furniture, cars, pets or even houses!
By caring and playing with your little companion, you would be able to collect experience points (XP), which would allow your friend to level up and unlock rewards or new interactions. The possibilities are vast and extensive. Special mini games could be implemented, other players could combine their little friends on screen and the characters could even function as some kind of tutors for the child, introducing them to educational topics and tasks. One thing’s for sure – with a little creature like that in your living room, you won’t be bored anytime soon!
Thank you, Millie, for sharing this wonderful idea! Enjoy your well-earned iPad mini and commercial Metaio Creator license. And who knows – with the license, perhaps we will be able to show your finished AR-app here in the near future. 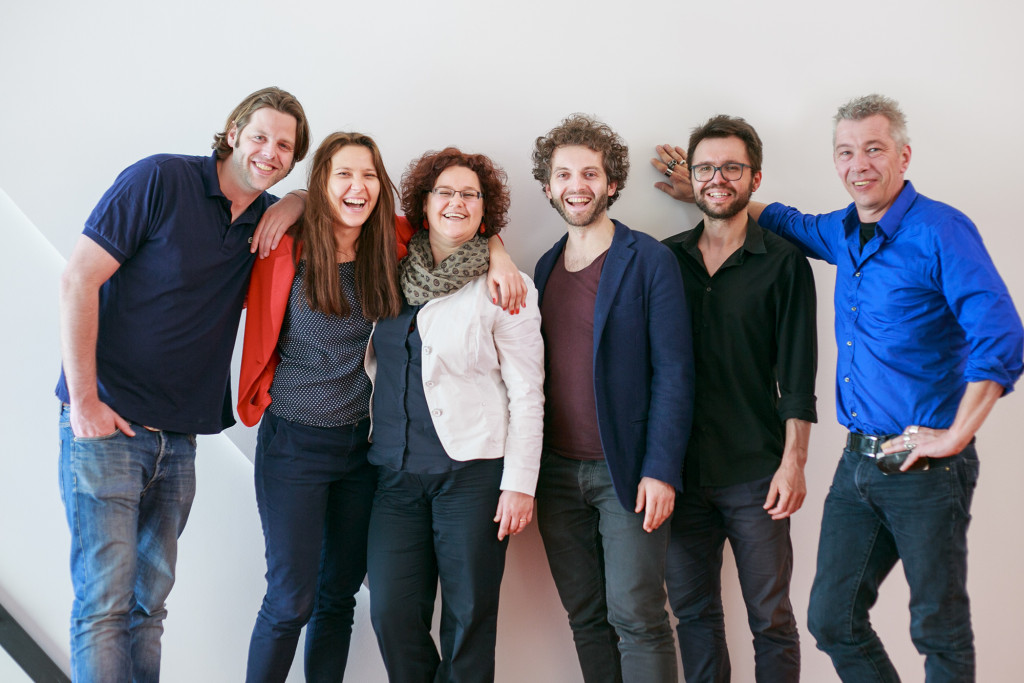 People behind the AR Toys competition

At this point, we’d like to thank everybody who participated and shared their magnificent concepts with us. We’ve seen so many extraordinary visions and ideas in the last couple of months, from AR generated Bubbles to an augmented history tour through Turkey. Unfortunately though, there can only be one winner in each category. Nevertheless, great job, everybody!

Join us for the most exciting AR conference!

Since both of our winners receive free tickets to InsideAR Munich – the world’s most exciting Augmented Reality Conference, we hope to see you there as well! Join us October 29th/30th at the Kleine Olympiahalle Munich!
Here’s a little sneak peak of what you can expect:

We are launching our invite-only, free beta app on the next amazing hy! Berlin conference,...
AR Toys Competition, Inspiration, Technology

As we are heading towards the deadline for submission (June 15th) of the AR Toys...
Apps, Events, News, Press, Toy Drive

The TOA Satellite event at the Apple Store Berlin was a huge success for us! We...
← Toywheel on Android and more news
Toywheel on Tour! →