All great things sometimes come to an end. This is the last weekend to submit your application to AR Toys competition.
Today, we would like to introduce the 3rd member of our awesome AR Toys Jury …. drum roll….. 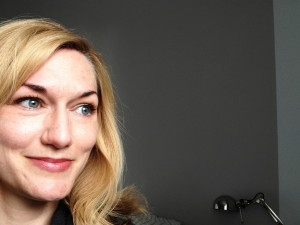 Pati Keilwerth!
PATI KEILWERTH – After finishing law school at the University Passau, Pati Keilwerth was hired to coordinate the protocol of the Berlin Film Festival. She continued working for the Berlinale in various departments and for the Broadcaster rbb and some media labs, while studying Audiovisual Media Science at the Filmschool HFF “Konrad Wolf” in Potsdam-Babelsberg. Directly after her diploma with a thesis on international Co-Production she began employment with Wim Wenders.
After a three-year tenure as Wim Wenders’s Executive Assistant, she embarked on new terrain in the media industry and has been engaged in cross media and interactive storytelling ever since. The past two years she worked for RTL Disney in the Online Department and focuses now on projects with PATISSERIE FILM.

How to find in www?

AR Toys competition is awesome because…

I’m happy to be invited to be part of the Jury. In the past years I have been very involved with interactive storytelling, games and digital toys for kids and we also frequently tested some augmented reality features with kids. They had a lot of fun. So I’m curious to see what new app ideas there are and which of these I would like to try out with the kids of my friends and family.
Let´s give her kids some things to play with!
Submit your ideas for the AR Toys Competition until June 30 here.

Hi Toywheeler, what a start in the year! We are so excited about the first Toywheel...
AR Toys Competition, Inspiration, News, Press

Here are the winners of the "AR Toys Competition": Once upon an AR time…

Today’s the day!! After long discussions and considerations amongst the chosen...
Apps, Inspiration, Toy Drive

Color up your day!