Thanks for your interest in Toywheel!

We have collected all information relevant for press and media on this mini-site. In case you are still missing something, have a look on our Blog or contact us directly.

Berlin, 14th Oct 2014: Toywheel takes the next step toward empowering kids through games.

“With a strongly-performing augmented reality game on the market, the Berlin-based startup reveals its next steps, as well the close of a second, six-digit angel round and the addition of a new co-founder…” View full press release

Berlin, 05th May 2014: Toywheel and Metaio Launch Global “AR Toys Competition”. The world of children is changing with digital technology.

“Showing children how they can use new media as part of their playing, without overloading them or putting them in front of a games-console for hours: this is the vision of Evgeni Kouris, founder of Toywheel, a Berlin development studio for Digital Toys. Toywheel stands for conscious use of the latest technologies and endless fun via augmented reality. The first product – the “Toy Car RC” app – is now available in the App Store….” Download PDF | Download DOC

“Teaching kids how to handle new media playfully and creating endless fun without overloading or leaving them in front of the game console for hours – this is the vision of Evgeni Kouris, founder and CEO of Toywheel. Initially started as a DIY-platform for children, the Berlin-based studio now develops Digital Toys which connect virtual and real worlds…” Download PDF | Download DOC

Toywheel is a Berlin-based company dedicated to empowering future generations through games, equipping them with roots & wings, founded by Evgeni Kouris in 2012 after winning the first hy! Berlin competition. Specially created and designed for kids, Toywheel’s apps have no 3rd party ads and no in-app purchases.

VentureBeat, 11th April 2014: This augmented-reality kids’ toy will make you feel so old

“Let’s face it: You don’t need to be a geek mom or dad to realize that kids grow up with different technology and toys these days. The Berlin-based startup Toywheel understood the need to bring the physical and the digital world together as one interactive and introduced its first app “Toy Car RC – Drive a Virtual Car in the Real World with Augmented Reality”….”More…

“…to play “Toy Car RC”, simple targets can be printed with standard printers and placed throughout the play area (living room, childrens’ room, etc.) where afterwards the virtual car can drive through. While other games are often about winning or racing, Toywheel explains that the app leaves much more space for creative and personal contribution…”More…

“…Toywheel is focused on bringing more of a human agenda into digital. We need to get rid of the zombie element of a lot of technology that is turning us into drones. How can we adapt technology and learn to use these tools without losing our human core?…”More…

MakeTechX, 06th January 2014: DIY ideas for the maker of tomorrow with Toywheel – education contains more than just going to school

“At our MaketechXconference Evgeni Kouris presented his initiative “Toywheel” – and we were excited. The vision is to equip kids with roots & wings in the information age, by building “digital toys” to help kids explore the real world with…”More… 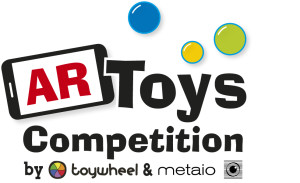 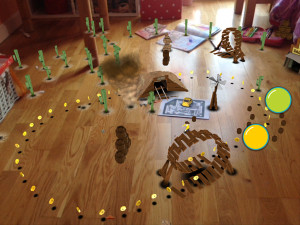 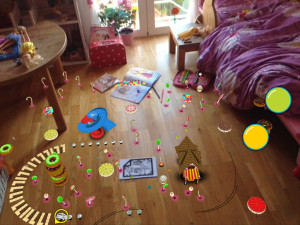 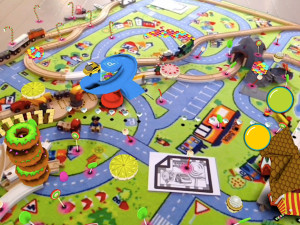 Candy Land on a carpet 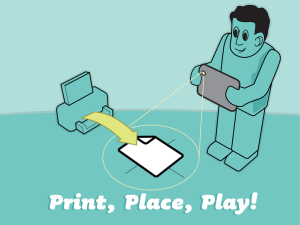 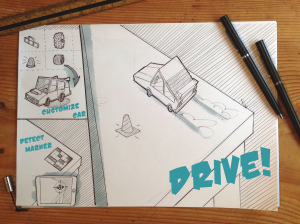 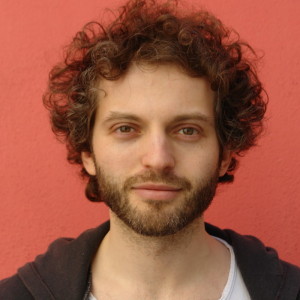