Home / Events / We had an amazing Kids Hackath ...

We had an amazing Kids Hackathon

Thanks so much for coming and all your creativity. We hacked so much together in the Space Camp … and as you see in the clip not only kids had serios fun! 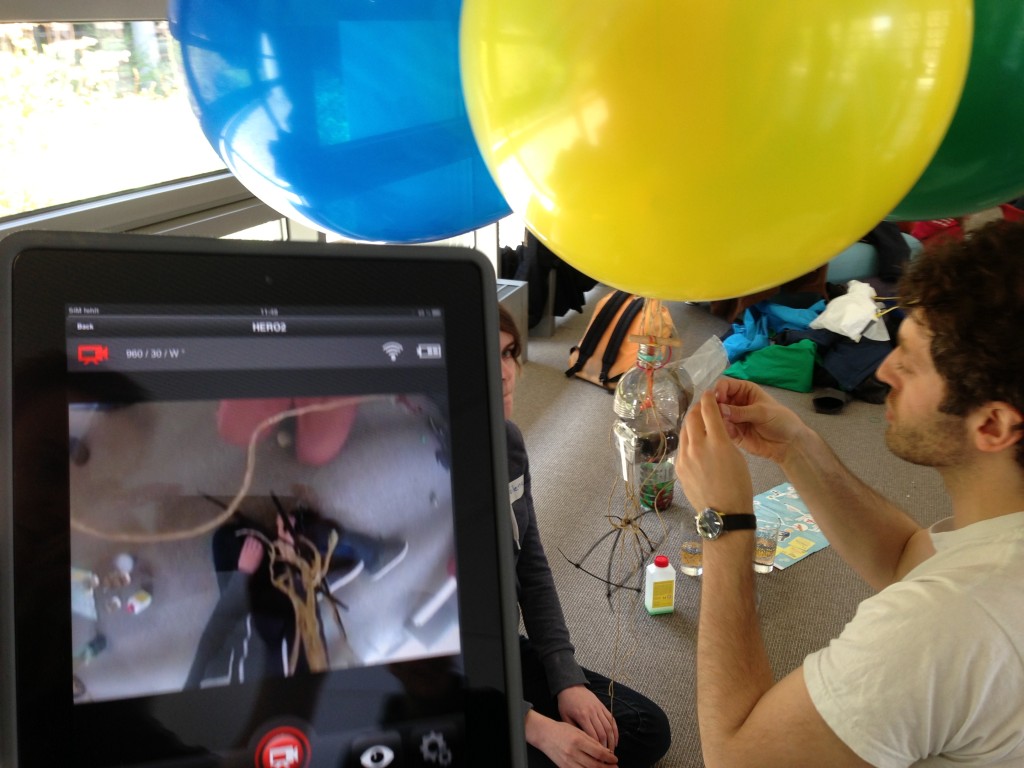 We sent a video cam in the sky 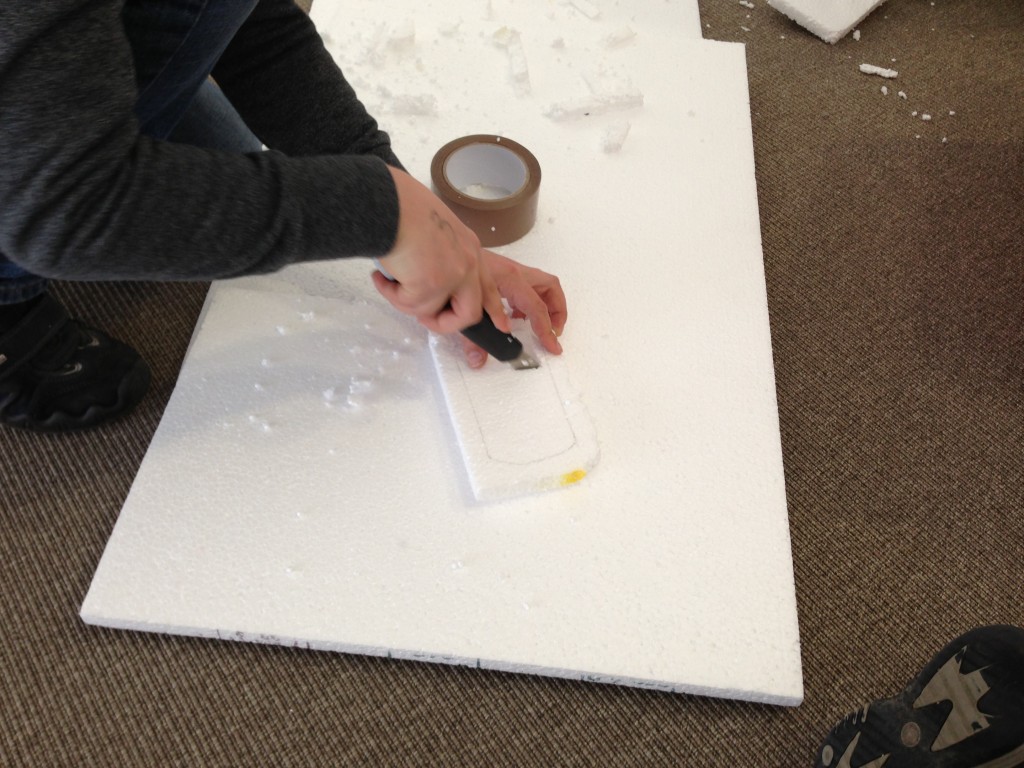 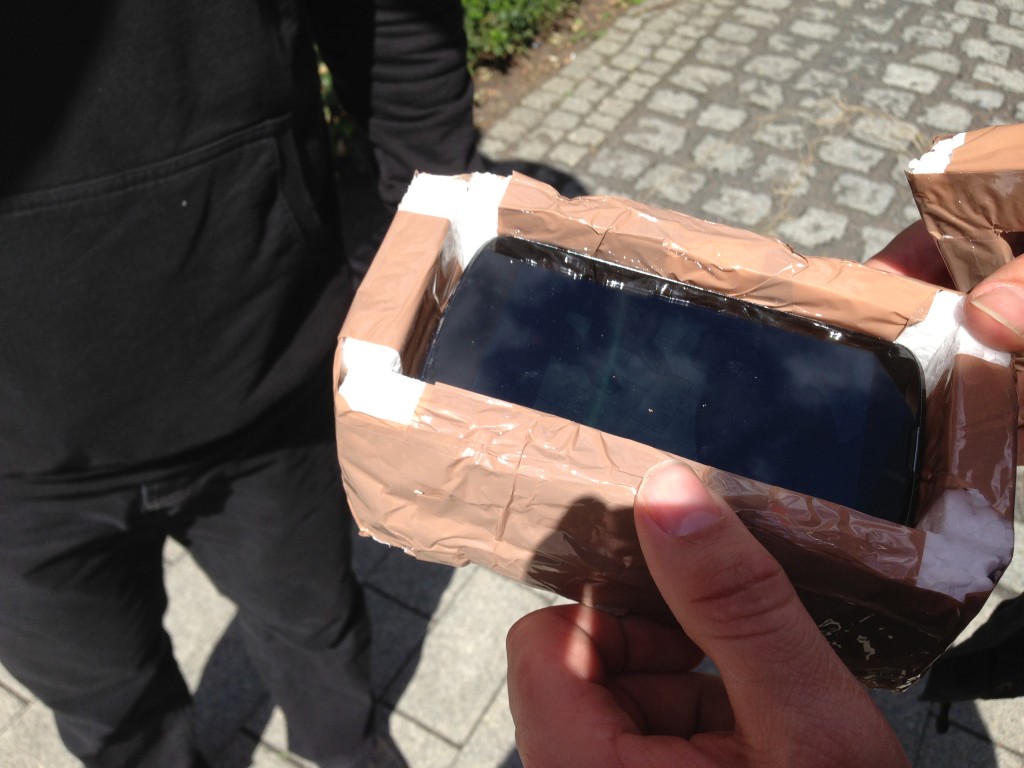 Android phone before the launch 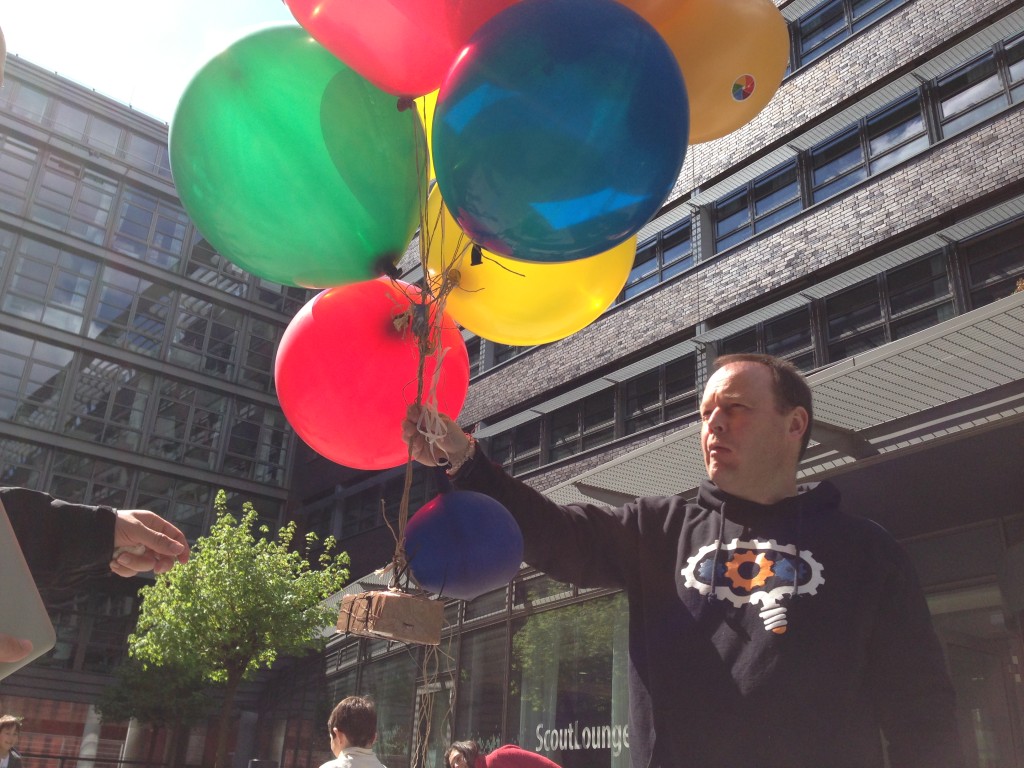 We sent an android phone in the sky 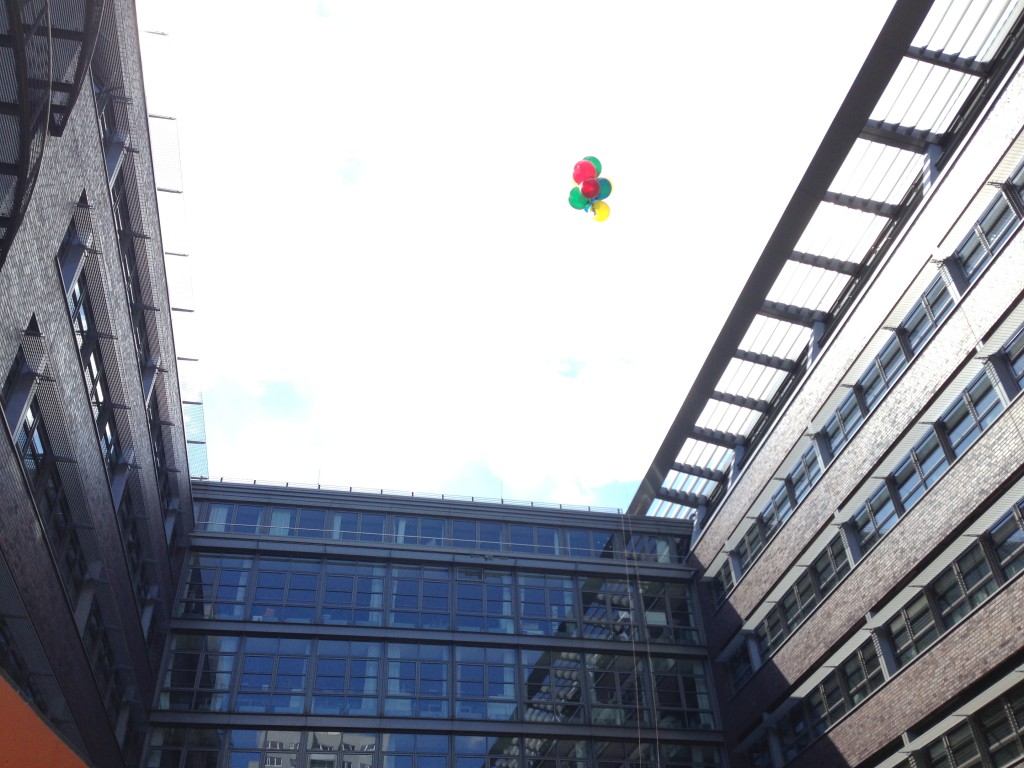 Balloon in the sky 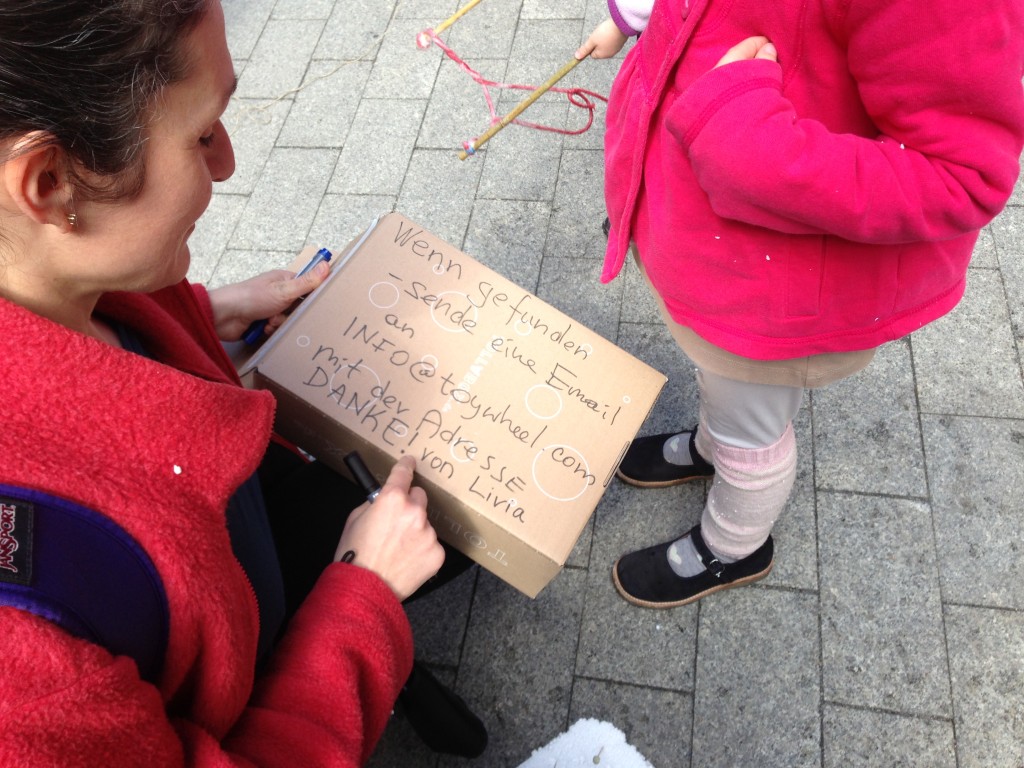 Send a magic box in the sky 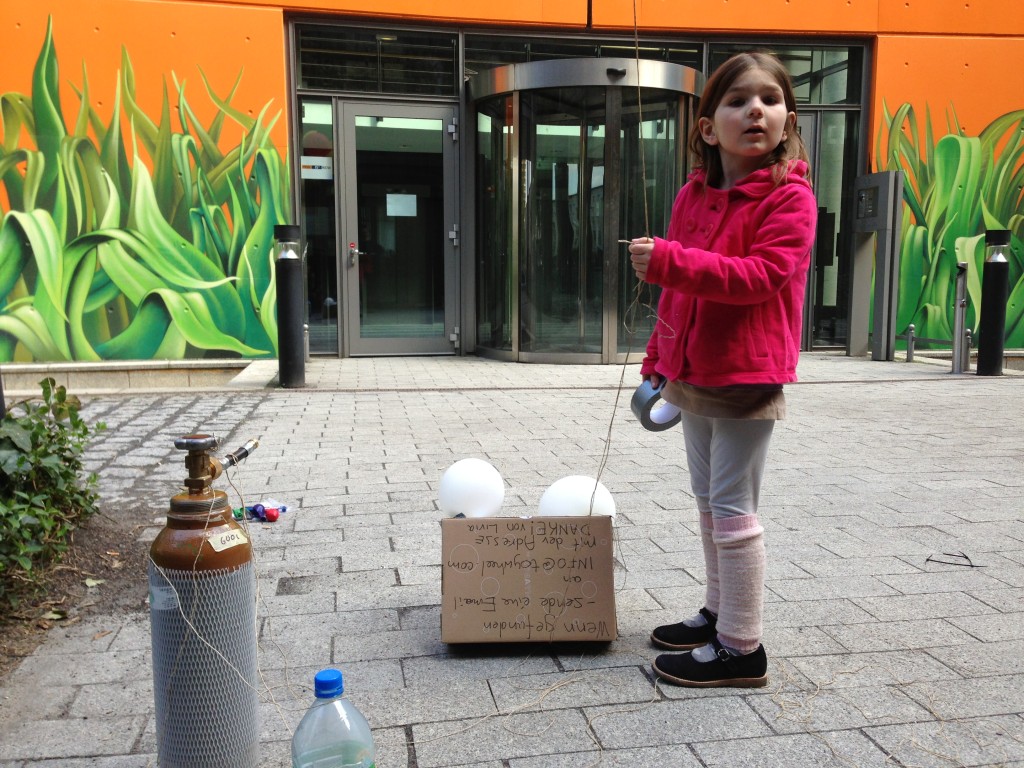 We (almost) sent a magic box in the sky – we’ll do it next time! 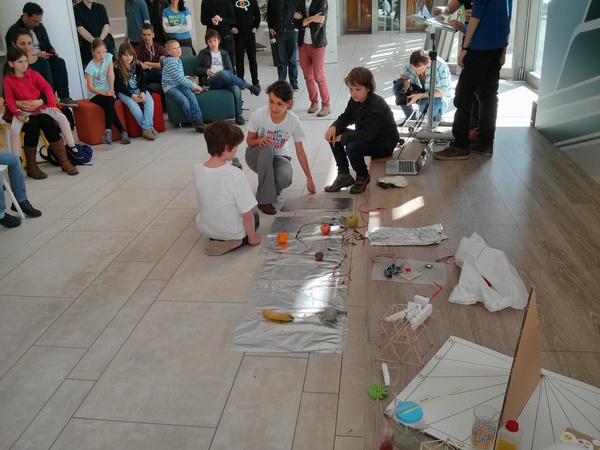 We built a sundial

We danced around huge soap bubbles (powered by Tollabox) 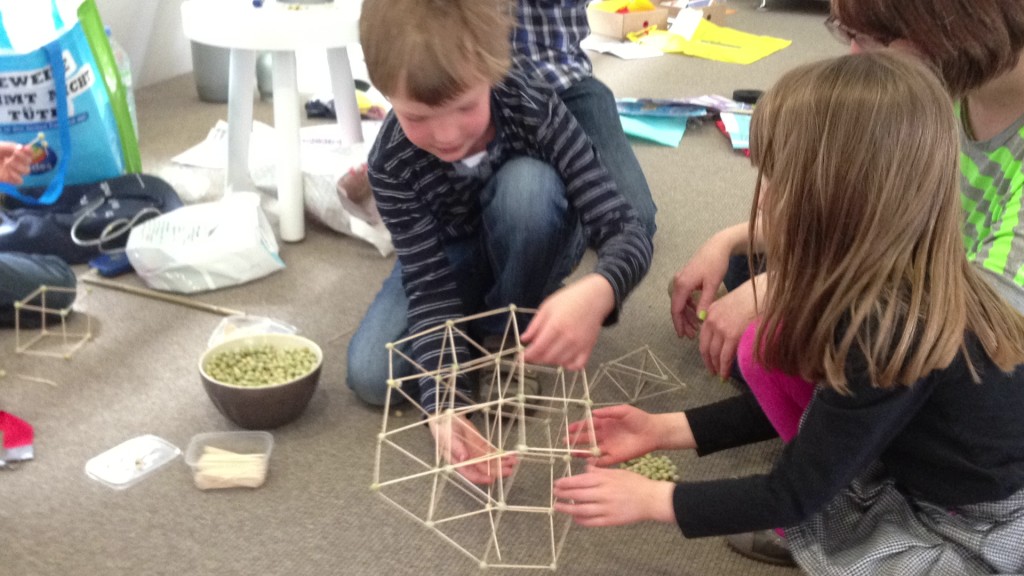 We experimented with peas (powered by Tollabox)

We experimented with parachutes (powered by Tollabox) 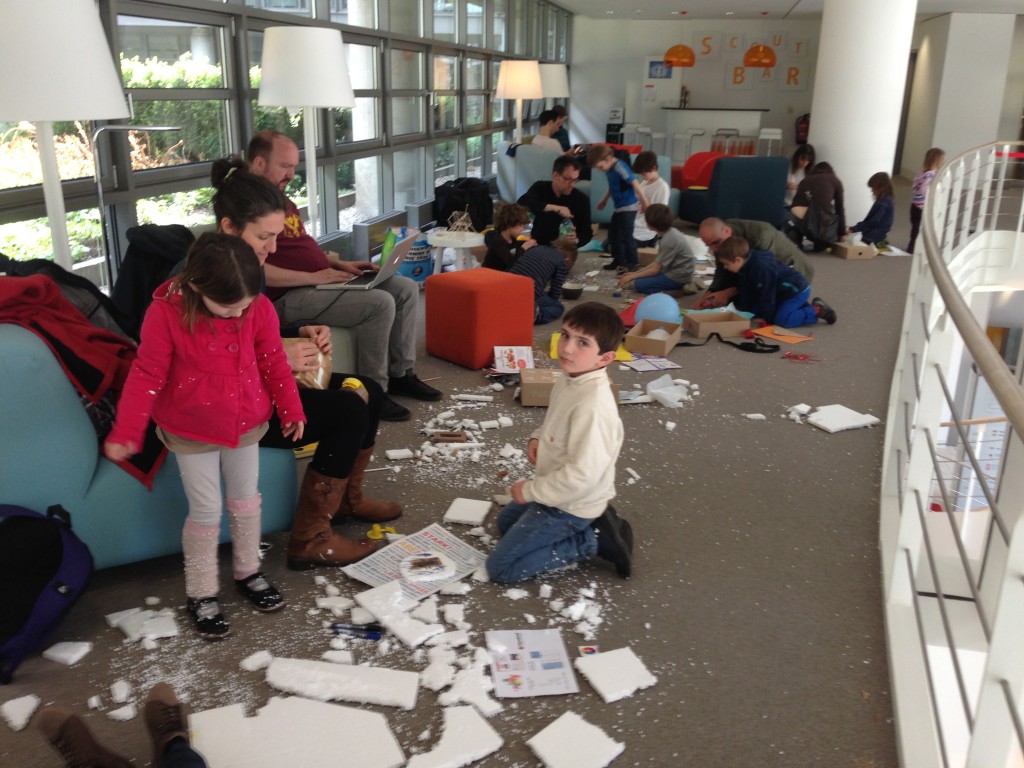 We finished off by sending a message with the space balloons… has anybody got it?

June 1st is the Children’s day invented by Women’s International Democratic Federation.
If you would like to help organizing the event in any sort of form, e.g. become a coach, sponsor materials/games, help building the community, just send an email to movement[at]toywheel.com

The TOA Satellite event at the Apple Store Berlin was a huge success for us! We...
Events

Here is a small video capturing the first Kids Hackathon in Berlin performed with...
Events